Think and Grow Rich has been used by millions of business leaders around the world to create a concrete plan for success that, when followed, never fails.

Almost eighty years ago, one of the richest men in the world was the legendary industrialist,  Andrew Carnegie, convinced that he had discovered the real secret of creating wealth, and commissioned a young reporter named Napoleon Hill to interview 500 of the richest people alive to see if they too had used this secret to create their fortunes.

Hill spent the next twenty years meeting up with nearly every person on the list, and discovered that, without fail, they had followed the same simple blueprint for wealth. The book he eventually published, Think and Grow Rich, has become one of the bestselling non-fiction books of all time. The secret Carnegie and all the great achievers used to create riches in their lives was simply this:

All wealth is created with the human mind.

The Science of Getting Rich

This book is pragmatical, not philosophical; a practical manual, not a treatise upon theories. It is intended for the men and women whose most pressing need is for money; who wish to get rich first, and philosophize afterward.

It is for those who have, so far, found neither the time, the means, nor the opportunity to go deeply into the study of metaphysics, but who want results and who are willing to take the conclusions of science as a basis for action, without going into all the processes by which those conclusions were reached.

A man develops in mind, soul, and body by making use of things. Society is so organized that man must have money in order to become the possessor of things; therefore, the basis of all advancement for man must be the science of getting rich.

And How YOU Can Begin Applying Them Immediately To Achieve Your Loftiest Financial Goals."The good life is expensive. There is another way to live that doesn’t cost as much but it isn’t any good.” ~ Spanish Distiller

Are you serious about wanting to earn a lot of money?

Do you want to live the good life that the Spanish Distiller referred to?

Then your first step is to read this book carefully and learn the 7 great lessons of wealth creation..

You Were Born Rich Book

Bob Proctor gives no-nonsense instruction that will guide you in unlocking your infinite potential. Use this book as a manual for personal and financial fulfillment.

Zig Ziglar may be the master motivator, Mark Victor Hansen of Chicken Soup For the Soul, the master storyteller; Anthony Robbins may be the guru of personal development, but Bob Proctor is the master thinker.

When it comes to systematizing life, no one else can touch him. He is simply the best. Bob Proctor collects thoughts like Imelda Marcos used to collect shoes. He strings them together in exquisite arrays; one thought leading logically to the next until a whole method has been constructed. 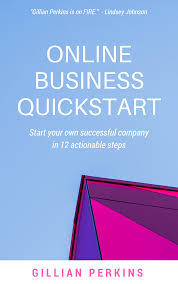 Start Your Own Company in 12 Actionable Steps

Do you dream of owning a business? Why haven’t you started one yet? Chances are, one of the biggest things that’s holding you back is a lack of clarity. The number of steps involved in the process can be overwhelming.

This guide will solve that problem for you! No longer will starting a business be a confusing dream. Instead, you’ll understand the specific steps you can take to turn your vision into a successful reality.

In the year 1900, there were five thousand millionaires in America.

By the year 2000, there were more than five million, most of them self-made, in one generation. Experts predict that there will be another ten to twenty million millionaires created in the next two decades. Your goal should be to become one of them.

This book is for ambitious people who want to get ahead faster. If this is the way you think and feel, you are the person for whom this book is written. The ideas contained in the pages ahead will save you years of hard work in achieving the goals that are most important to you.

Double Your Income Doing What You Love

Whether you are an Olympic athlete going for Gold, a golfer determined to improve your game, a student working toward your degree, an up-and-coming entrepreneur wanting to launch a new business, or an individual motivated to lose weight, you’ve heard that when you focus your efforts on a specific outcome -a goal - you have a greater chance to bring it to fruition.

This book guides you on a path that supports the Law of Attraction.You will soon enjoy your dreams coming true, your goals achieving themselves automatically.

When it comes to setting goals, there are many different systems. They can be confusing, even daunting. I’ve heard from so many clients who have tried different systems and had no success whatsoever. In this book, you now have a proven method to ensure that you achieve your goals effortlessly. You have found the answer.

The search is over. You have everything you need within this book.

Get Organized is about taking action to get rid of clutter, get more done and get happier.

This workbook is divided into 12 life areas. These are the areas people generally want to improve - where they tend to set personal goals and objectives.

In the you will find motivation for organizing each of these areas, suggested goals and targets specific to the area, and a planner for creating your personal organizing plan in each life area.

"Money is Everywhere," but only to the degree that you have the consciousness of money.

Most people are like the man who drives around in low gear, not knowing that with just a little shift, he can not only go faster and speed up quicker, but he can do it with much less expenditure of power.

That's just like the money people who do less work, but who earn far more than "working people" do.

A spiritually-based guide designed to stimulate the thinking of people who want to get on with living and not just existing.

How to re-find yourself and your purpose. For spiritual seekers on all paths.

Karma is a Sanskrit word meaning a law of cause and effect. A simple analogy is a perfectly just system of cosmic book keeping. Nothing goes unnoticed or unrewarded. Be it good or bad. If it’s not rewarded or ‘balanced’ in this life, I believe it will be in another.

Pray then like this: 'Our Father in heaven, hallowed be your name. Your kingdom come, your will be done, on earth as it is in heaven. Give us this day our daily bread, and forgive us our debts, as we also have forgiven our debtors. And lead us not into temptation, but deliver us from evil.'